Due to the great international prominence that the cinema of Denmark has gained in the last years, mainly by the emblematic films of Lars von Trier, the Cultural Institute of Denmark, in Rio de Janeiro, created the project called CineKlap.

CineKlap came to present and promote Danish cinema in Brazil. The project aims to organize exhibitions, lectures and workshops with artists, producers or executives of the 7th art, enabling a cultural exchange between Brazilians and Danes.

The Institute has been creating partnerships in the cinematographic area over the years, having already held, together with Cine Joia – Rio de Janeiro (www.facebook.com/cinejoiacopa), the first Danish Film Show, held in September 2014, and also with the Sala PF Gastal, of Porto Alegre, during the same period.

Raphael Aguinaga, the filmmaker and entrepreneur behind the restoration in 2011 of the original colorful cinema of the 60s, has a great passion for samples of independent Brazilian and international films, but from time to time he also opens the cinema and the 87 seats for other kinds of events, which he also finds important and part of his mission. Raphael Aguinaga’s great interest in foreign cinema resulted in a collaboration with the Danish Cultural Institute. In 2017 the Danish Cultural Institute and Cine Joia presents the Danish Film Festival for the 4th time, with the screening of five films by directors from the Nordic country and one from Greenland. 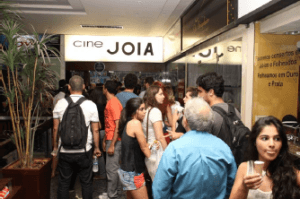 In addition to the partnerships with Oi Futuro BH, São Paulo Cultural Center, and recently with SESC Palladium, in Belo Horizonte, where the Mostra O Roteiro em Dane Cinema was held, from March 17 to 29. In addition to four units in São Paulo: Sesc Vila Mariana, Sesc Belenzinho Sesc Campinas and Sesc Santos, from March 24 to April 25.

For having a children’s theater project, called Canal Curumim, we also wanted to make Danish children’s cinema more accessible to the Brazilian public. The Buster on Tour children’s film festival in Brazil, focusing on an audience from 3 to 10 years, was held in January and February 2016. There were 40 films, of which 12 were feature films or short films, with at least two daily sessions at the Center Cultural Bank of Brazil in São Paulo and Brasília. 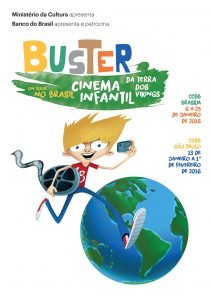 The Banco do Brasil Cultural Center hosted the second Brazilian edition of the Buster Children’s Film Festival from June 28 to July 30, 2017 in three cities. In the program were 36 films, from short films, feature films and TV episodes, with emphasis on Nordic production (countries: Denmark, Sweden, Germany and Brazil). All the films for the children’s audience were dubbed or without dialogues (the exception are the teen productions, subtitled). 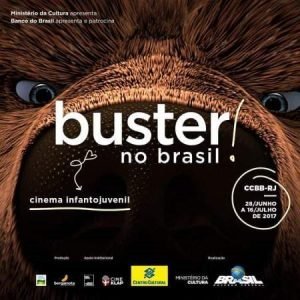 The Danish Cultural Institute decided to create a new project, bringing the Nordic culture to the Brazilians. The main result of this effort is the Ponte Nórdica, which was held in 2016, from August 25 to September 7, at CAIXA Belas Artes in São Paulo/SP. Although it is still in its first edition, the goal is to produce the festival annually, with the goal of bringing the Nordic culture to Brazilians from all over the country. An important part of the festival are educational activities. The film show was accompanied by meetings and discussions with Nordic filmmakers, placing a focus on the bridges between the countries that make its cinema sustainable, thus being an innovative model for the Brazilian film industry.

For this exchange, we will work with films dubbed in Portuguese. This will open up opportunities for participation in other children’s film festivals and also for residents of needy areas.