Today, Tomorrow, Together – Danish Music During the 2016 Olympics 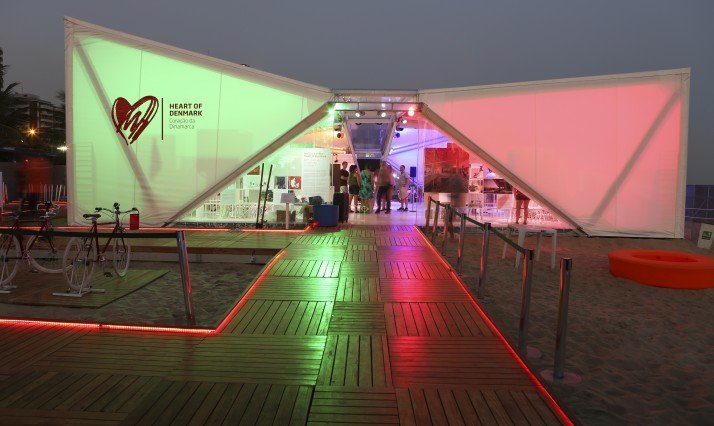 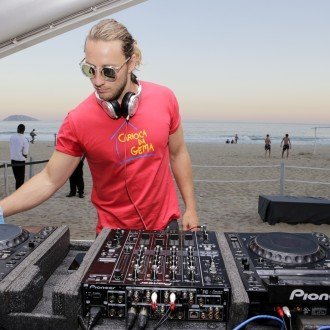 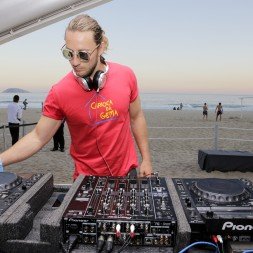 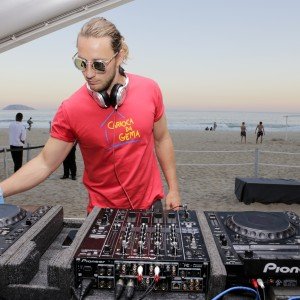 While the Danish athletes won more medals at the 2016 Olympics than ever before,the tones and grooves of Danish musicians were flowing from the stage in the Danish Pavillion on the Ipanema beach in Rio de Janeiro, as well as from leading festivals inthe neighbouring state of São Paulo.

The audiences experienced some of the best of Danish music in a wide variety ofstyles and formats, along with exchanges and collaborations between Brazilian andDanish artists. A total of 30 musical events were carried out at the pavilion: 6concerts, 4 workshops and no less than 20 DJ sessions. Add to that 12 concerts in São Paulo at venues including the prestigious jazz festivals “Jazz na Fábrica” at SESC Pompéia and “SESC Jazz & Blues”, as well as at the chamber music festival “SESI Mostra de Música de Câmara”, and we start to see the full picture of the exposure Danish music got in Brazil during the 2016 Olympic Games.

Every evening Danish DJs played a Sunset Session, accompanying the sun settingover one of the world’s most iconic beaches. The first week’s DJ residency was by theelectronica collective Multiplayer (Lasse Munk, Søren Andreasen and Rasmus Kjærbo).

The trio presented a kaleidoscopic musical universe, where the different artistic identity of each member added to a fascinating whole. Munk and Kjærbo are also theinitiators of Rumkraft, Denmark’s first music school specializing in electronic music, and the pedagogical and innovative angle unfolded fully in 4 workshops for kids of all ages, where robotic drum machines were constructed from recycled trash, and electronic jam sessions were held for musical novices, young and old. The trio also performed at the Tiradentes Cultural festival in Rio’s historic City Center.

DJ and producer KANT took the audience by storm during the pavilion’s second week, and well-known DJ, drummer and producer Tomas Barfod resided during the lastweek, making the pavilion vibrate with his hip electronic coolness. He was also the man behind the general playlist of 100% contemporary creative DK pop music that set the mood for Danish Architecture Center’s inspiring exhibition and other ongoing activities.

musical and sonoric branding of Denmark as a creative and innovative country. And I

think it worked out to get a nice balance between four artist groups: New

development for Danish artists who already have a foothold in Brazil, and Danish

artists that are new in Brazil and interesting to our partners”, says Anders Hentze.

The celebrated jazz trio Phronesis kicked off the concert series in style. International praise for this band includes being called “One of the most exciting bands on the planet today!” by British jazz magazine Jazzwise. After their brilliant show in the pavilion, the band gave their artistic support for the occupation of legendary Rio music venue Canecão, and continued on a tour of three concerts at the SESC festivals “Jazz na Fábrica” and “SESC Jazz & Blues” in São Paulo.

Guitarist Jakob Bro premiered his new duo with Brazilian pianist/vocalist/composer Daniel Jobim in the pavilion. Daniel is the grandson of Bossa Nova legend Antonio Carlos Jobim, who composed The Girl from Ipanema, among many other great songs, Daniel performed his grandfather’s classic for billions of spectators at the opening ceremony of the Games. The duo’s concert on the following day also included The Girl from Ipanema in a palette of personal renditions of the two artists’ favorites from the A.C. Jobim songbook. Bro/Jobim and Phronesis were featured as a Danish Night at the “Jazz na Fábrica” festival in São Paulo, performing for a sold out 700 seat theater at SESC Pompéia.

The Bro/Jobim collaboration was initiated in the spring of 2016 on the initiative of DCI and producer Mauricio Pacheco. DCI flew Jobim to Copenhagen to meet and record with Bro. While on a visit at the studios of the Danish National Radio (DR), Jobim accidentally entered a rehearsal of the DR Girl’s Choir right at the moment when they were rehearsing the Brazilian national anthem. This encounter lead to the beautiful collaboration presented at the opening of the pavilion, and broadcasted by Danish and Brazilian TV.

The powerful performance of surf rockers The Tremolo Beer Gut blasted refreshing waves of dirt and smoke into the pavilion’s lush Danish design, and the band followed up by diving straight in to a tour of underground São Paulo rock venues.

“The music program certainly invited the public to experience Denmark in the heart of Rio. It had a very important role in building a genuine relation with the general public, offering cultural experiences and interactive activities that placed the pavilion in a prominent position within the cultural agenda of the Olympic Games.”
Mauricio Pacheco, Artistic Director, Pulse Group

Already at the morning sound check it was clear that Folk/Classical duo Wenzell &amp; Bugge has what it takes, Their mix of Danish folk and classical percussion had the technical staff dancing at 9 AM. After a spectacular pavilion concert, the duo went on a tour of “SESI Mostra de Música de Câmara” in São Paulo state, culminating in an outdoor concert at Avenida Paulista for over 1000 people.

New collaborations also saw the light of day in the Danish pavilion: Behind the abbreviation RKPG is a true Danish-Brazilian percussion adventure. Ronni Kot Percussion Group is a group of young Brazilian percussion talents and their Danish visiting professor Ronni Kot Wenzell. They captured the audience with a virtuosic and an entertaining show on an array of percussion instruments and ladders, boxes, garbage bins and more.

The last concert in the pavilion on August 20th presented Danish pop trio Panamah in Brazil for the first time, in a brand new collaboration with Brazilian bassplayer Guilherme Lírio and percussionist Gabriel Policarpo. Panamah had the first ever hit on Brazilian radio sung in Danish, back in 2013.

With the extensive music program for the Rio Games 2016, the Danish Cultural Institute continues to build upon its Danish-Brazilian musical project Dinâmica Dinamarquesa, which, since 2012, has launched Danish Jazz, Sound Art, Electronica, New Music and Performance Art in Brazil, helping Danish artists to get established on South America’s largest music market. As an encouraging example of that, the music of Danish Electronica artist Rumpistol, who headlined last year’s Multiciplicidade Festival with VJ Muti Randolh, was featured as the soundtrack for Muti’s stunning multi media show at the Opening Ceremony of the Paraolympic Games 2016.