You are now visiting Danish Cultural Institute in Brazil.  See where else we work.
EN/PT-BR 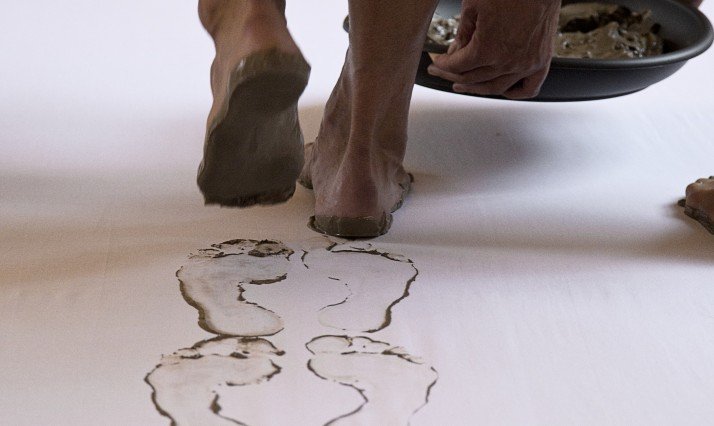 Between the 6th and 18th of March 2017, Brasília hosts a series of activities that are part of the IV Brazil-Denmark Meeting: Creation and Studies in performance. This year, the event has expanded its platforms and is attended by students and professionals from the performing arts, dance, theater, fine arts and other two countries such as Norway and Sweden.  The main action of the Meeting is the realization of a residence with an artistic/collaborative and large-scale profile called Traços & Espaços (Traces & Spaces). The artistic proposal has as its starting point the architecture of Oscar Niemeyer and promotes two performances: Vestígios and Desdobrando Sementes, which will take place in specific architectural spaces of the federal capital, and which will be directed by the renowned Danish artist Lilibeth Cuenca. Also within the program, are workshops, round tables and a community picnic confirmed, as well as a creation meeting that will culminate with a performance in the Memorial dos Povos indígenas (Memorial of the indigenous people)

Since 2015, the Bachelor of Dance of the Federal Institute of Brasília (Lidança), in partnership with the Cultural Institute of Denmark (ICD), promotes the so-called Brazil – Denmark Dance Education Encounter. They are international events based on the extensive cooperation of its collaborators and aim at the development of the dance area in general and, in particular, the solidification of the area of “dance-education”. The main objective of the meetings is to create a sustainable platform for artistic, academic and social actions on both sides of the Atlantic, and it is in this sense that the event counts on important institutional collaborations such as the Secretariat of Culture through the Secretariat for Citizenship and Diversity Cultural Center, the Memorial for Indigenous Peoples, the European Union and UnB, IFB and University of Bergen/Norway.

“Experiencing this project has been a beautiful adventure. It is born out of an initiative to cultivate friendship between communities, to connect artists and bring institutions from different countries closer together through dance “, – emphasizes Deborah Dodd, academic professor and general coordinator of the Meeting.

“We are very proud of this project because of its scope, which operates in three dimensions – artistic, academic and social – in a well-established way with strong and competent partners. It is a collaborative project that is quite complex to accomplish. Enjoy!”, – highlights Anders Hentze, ICD Senior Advisor.

TRAÇOS & ESPAÇOS – COREOGRAPHIC TRACES AND THE ARCHITECTURE OF OSCAR NIEMEYER

Performance 2: Vestígios (the 18th of March)

In 2015, the Danish plastic artist Lilibeth Cuenca – who represented her country at the Venice Biennale, visited Brasilia for the first time to get to know the works of Oscar Niemeyer. The center of the city with its wide lawns, the extra-human scale and the plane unevenness in the Monumental Axis were marked in her memory. For the performances, Lilibeth intends to interact with two environments:

The first place will be in the square of the Museum of the Republic on 10/3, with the performance “Desdobrando Sementes”, which will count with the participation of 50 students from Lidança/IFB in a work with blue fabrics and the second “Vestígios” which will take place on 18/3 (place to be confirmed), where she plans to use the green  grass as a canvas. From research on the symbology of indigenous graphics, she will guide approximately 300 artists from the city, who will participate in the performance. The first 150 participants to sign up for the website will participate with IFB students throughout the choreographic process, which implies generating a footprint and, in the end, will leave behind a huge image. As a Buddhist sand mandala, this work of art will be made of white clay with a temporary nature.

The Twin Labs form the core of Encontros Brasil | Denmark. In this edition, the IFB is scheduled in the morning with a group of 20 participants selected for the project, which will also count on the participation of the six Nordic guests. The focus of these activities will be the interaction with the architecture of Oscar Niemeyer and the proposal will culminate with special performances (site-specific) for the Memorial of the Indigenous Peoples, where on the 17th a series of works produced during this period will be held.

To contemplate the extraordinary scale of these two artistic performances, the IFB Leadership will receive the academic and artistic residency of the Superior School of Art and Design of Bergen, Norway (Khib) http://www.khib.no/ .

During the two weeks of the fourth BR-DK Meeting, Lilibeth Cuenca, who is a teacher at this institution, will direct the work and will count on the collaboration of the teachers who make up the IFB Brazil-Denmark Commission, Larissa Ferreira, Lina Frazão, Mariana Motta and Deborah Dodd Macedo (project coordinator), and with the professors of the graduating class of the IFB.

Local | IFB mini-auditorio localizado no 1° andar do bloco A